You can find on this page the Portugal trains map to print and to download in PDF. The Portugal railways map presents the rail network and shows high speed rails routes of Portugal in Europe.
Traveling by train in Portugal will lead you to some of the most exciting and diverse destinations imaginable. There are various trains in Portugal that will transport you across the country both day and night as its shown in Portugal train map. 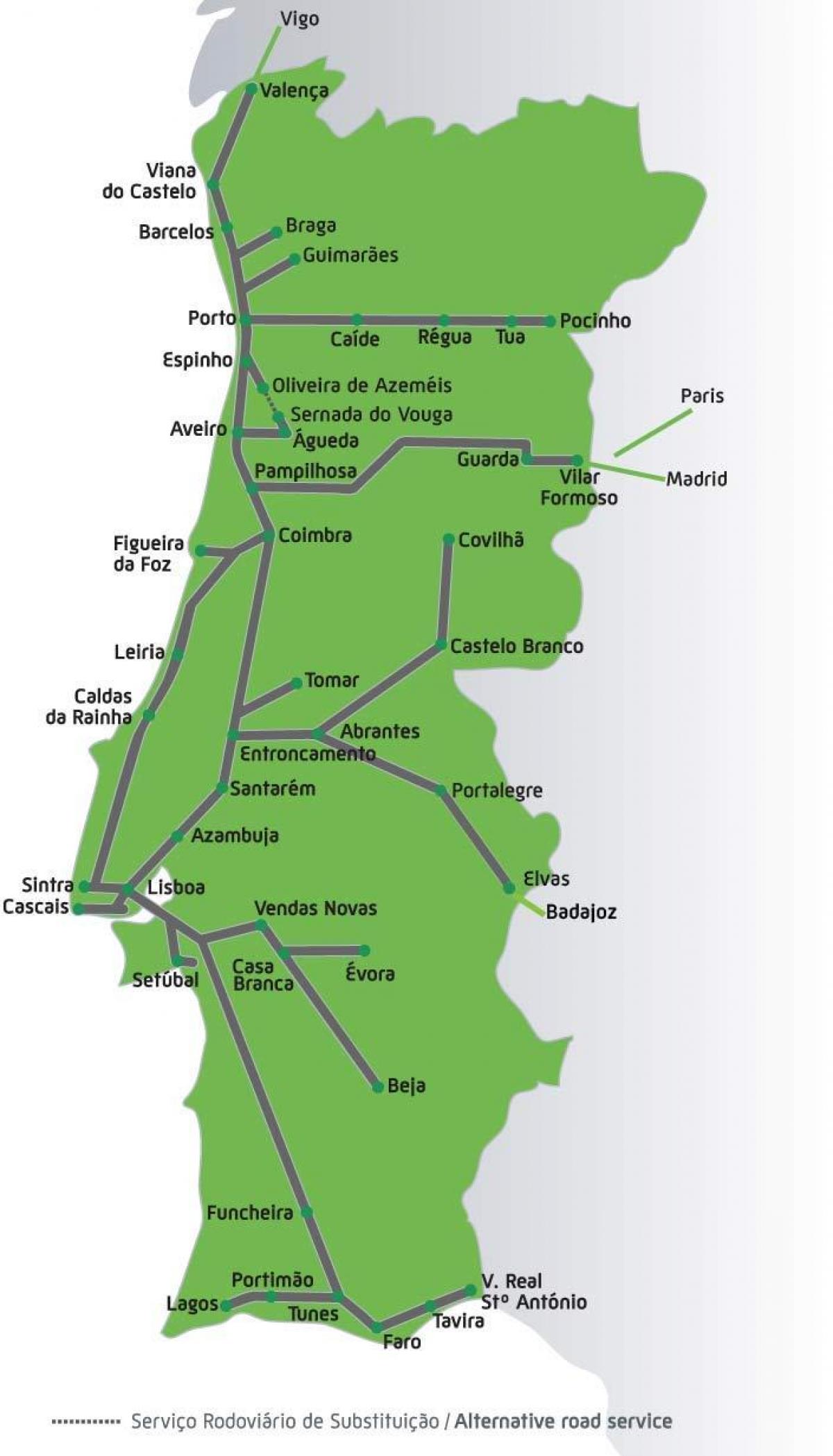 The railway sector represents approximately 42% of the total investment estimated for 2014-2020, thus recognising that important railway sector constraints still remain despite the significant development of transport infrastructures undertaken in the past decades, mostly in the road sector (see Portugal rail map). The Portuguese railway network aims to become totally electrified with 25 kV tension and equipped with control-command and signalling systems according to the European standards (ERTMS/ETCS), with the main freight corridors made interoperable and prepared for the operation of 750 metre-long trains, carrying 1,400 tonne loads in simple traction.

Among the main railway projects are the connections to the border with Spain, namely the modernisation of the Minho Line (Porto-Valença), the Porto/Aveiro-Vilar Formoso connection (through the Beira Alta Line as its mentioned in Portugal rail map) and the Sines/Setúbal/Lisboa-Caia connection, which will contribute to the country international connectivity and the promotion of interoperability. Work will be undertaken to eliminate constraints in the infrastructure of the Beira Alta Line, and a wye will be built between this line and the Northern Line as a means of guaranteeing the direct circulation of traffic with origin/destination to the north of Pampilhosa Station. The work, which will ensure railway interoperability of the corridor at national, Iberian and European levels, will be undertaken in conjunction with Spain.