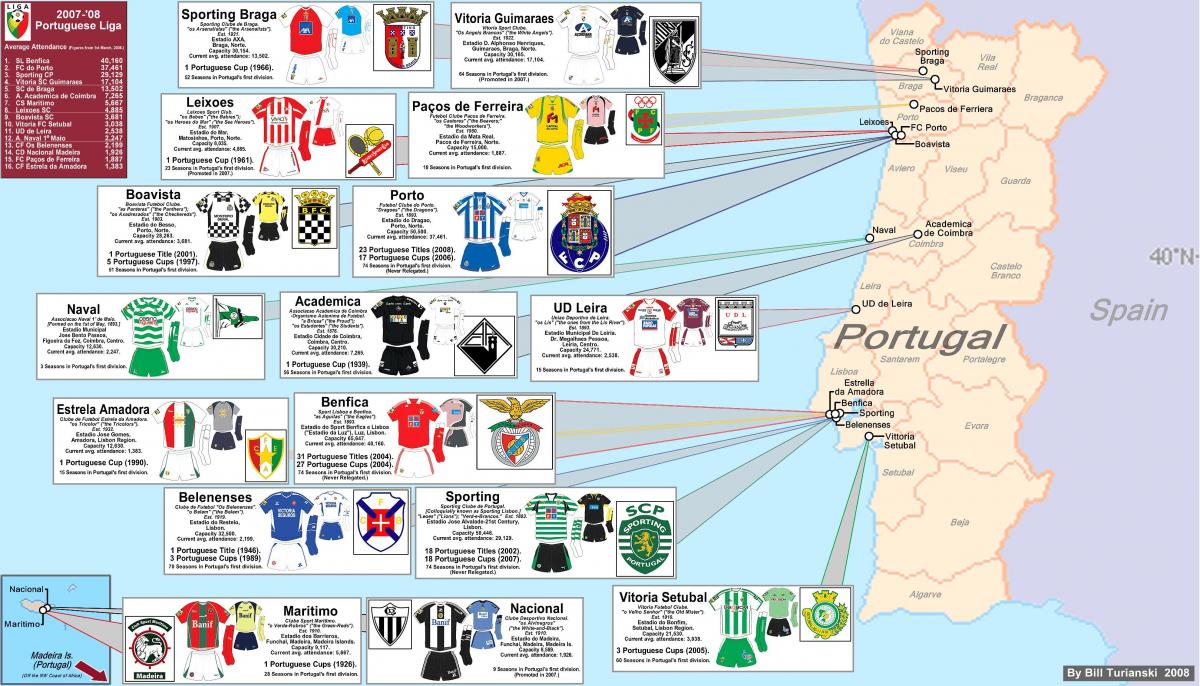 There were ten stadiums built for Euro 2004 in Portugal. The 10 new stadiums and their surrounding infrastructure, such as car parks and access roads, cost a total of 964 million euro to construct. Four stadiums are owned by their resident clubs - Benfica and Sporting in Lisbon and FC Porto and Boavista in Porto. The other six venues are owned by local authorities as its mentioned in Portugal stadiums map. The biggest stadiums in the country belong, somewhat unsurprisingly, to The Big Three, with all of them boasting capacities of over 50,000 and Benfica actually closer to 65,000. There are four more sides who have grounds that can fit in around 30,000 supporters, with many more nearer to the 5,000 mark.

Estádio da Luz, officially named Estádio do Sport Lisboa e Benfica, was built to provide Benfica with a new and modern home, and to serve as the playing venue for the Euro 2004 final. Estadio da Luz as you can see in Portugal stadiums map is located in the north of Lisbon at almost 8 kilometres north of Lisbon city centre and not far away from Lisbon other major stadium, Estádio José Alvalade. Estádio do Dragão was built to provide FC Porto with a modern home and Euro 2004 with one of its flagship venues. It replaced FC Porto’s old Estádio das Antas. Estadio do Dragao is located just under 4 kilometres north-east of Porto’s historic centre.