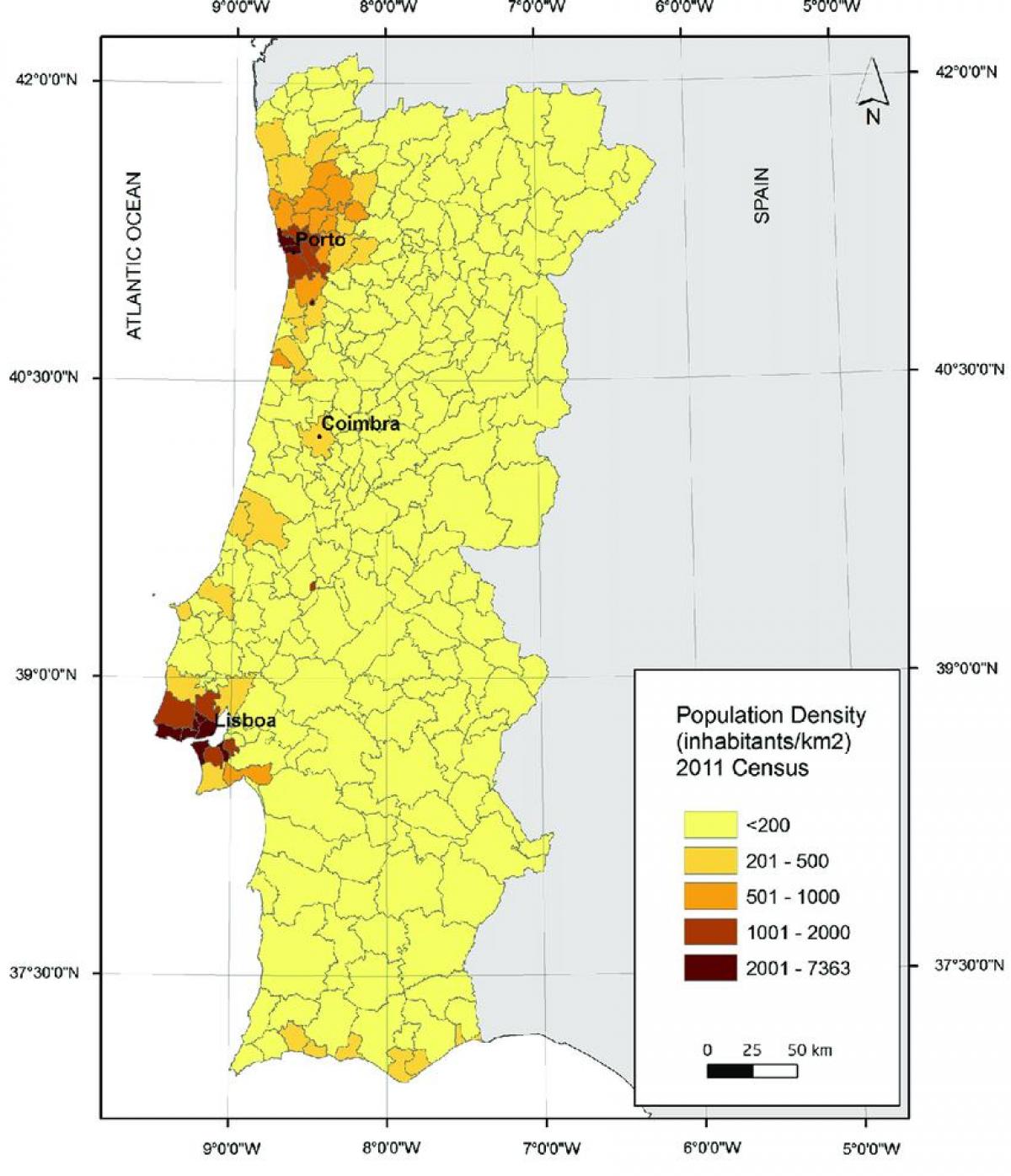 While growth would slow (and decline slightly) amidst economic troubles in the 1980s, Portugal population density generally increased until 2008, when it peaked at 10.6 million people. From 2008 until today, a combination of the long term impacts of the 2008 financial crisis and declining fertility rates have resulted in a steady drop in the country population. As a result, in 2020, Portugal is estimated to have fallen to 10.2 million people as you can see in Portugal population density map, although it is also regarded as one of the most stable, peaceful and democratic countries in the world.