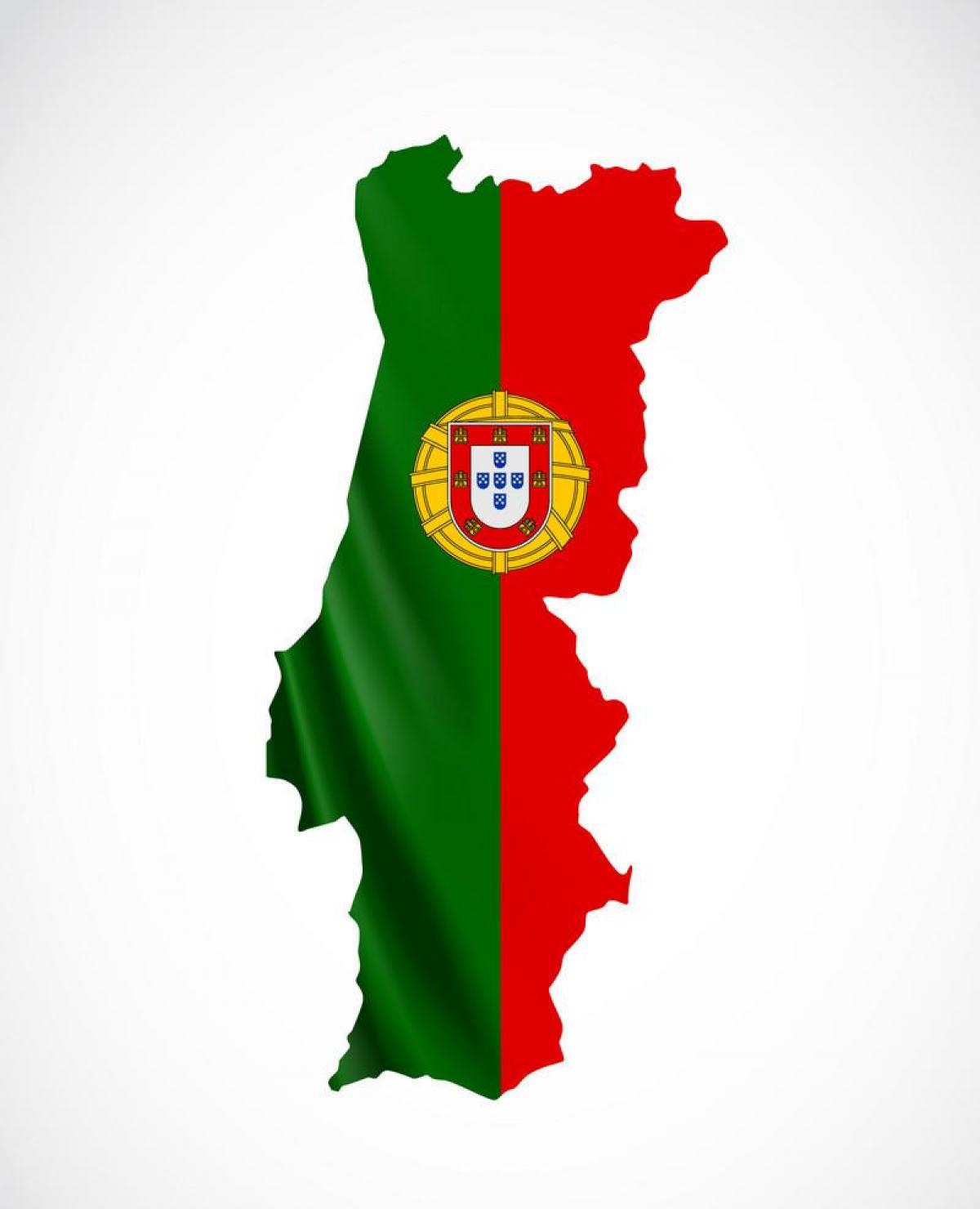 The Flag of Portugal (Portuguese: Bandeira de Portugal) is the national flag of the Portuguese Republic. It is a rectangular bicolour with a field unevenly divided into green on the hoist, and red on the fly as its mentioned in Portugal flag map. The lesser version of the national coat of arms (i.e. armillary sphere and Portuguese shield) is centred over the colour boundary at equal distance from the upper and lower edges.

On June 30, 1911, less than a year after the downfall of the constitutional monarchy, this design was officially adopted for the new national flag, after selection by a special commission whose members included Columbano Bordalo Pinheiro, João Chagas and Abel Botelho (see Portugal flag map). The conjugation of the new field colours, especially the use of green, was not traditional in the Portuguese national flag's composition and represented a radical republican-inspired change that broke the bond with the former religious monarchical flag.

The current flag design represents a dramatic change in the evolution of the Portuguese standard, which had always been closely associated with the royal arms. Since the country foundation, the national flag developed from the blue cross-on-white armorial square banner of King Afonso I to the liberal monarchy arms over a blue-and-white rectangle as you can see in Portugal flag map. In between, major changes associated with determinant political events contributed to its evolution into the current design.